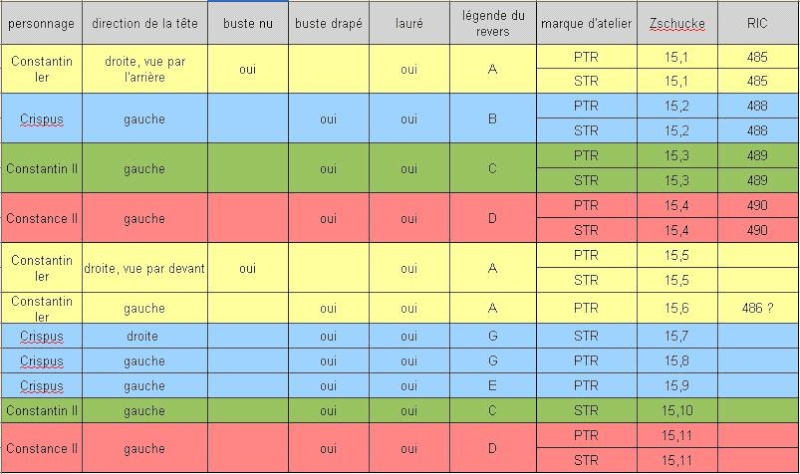 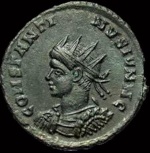 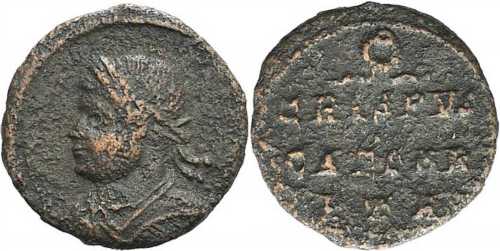 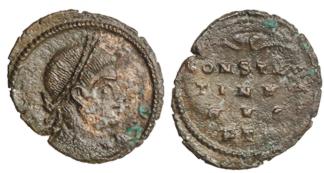 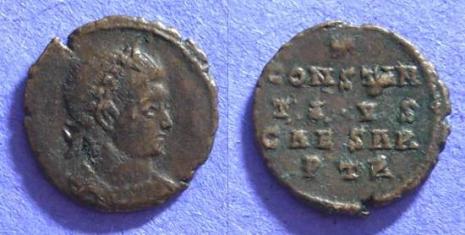 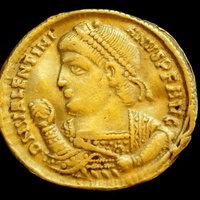 An interesting coin. Clearly an example from the issue recorded in RIC from 485 to 491. The reverse is of Constantine the Great although it has a star rather than a wreath above the legend. The obverse bust appears to be one of his sons, although not necessarily Constantine junior as recorded for RIC 487 (R5). The note in RIC suggests the reference coin, in the Paris Cabinet, is a hybrid. It has not been possible to examine the Paris example but the other two examples known to me are both an obverse and reverse die match for the coin offered here. Zschuche does not publish this variant in "Die Bronze-Teilstuck-Pragungen der romischen Munztatte Trier". An examination of Zschche's plate, however, suggests that the portrait is more likely to be Crispus or Constantius. A rare type probably struck from a single reverse die and not a straightforward hybrid as the CONSTAN/TINVS/AVG legend is not otherwise known with a star above, always a wreath. It is quite probably a contemporary unofficial version of the official Trier products. 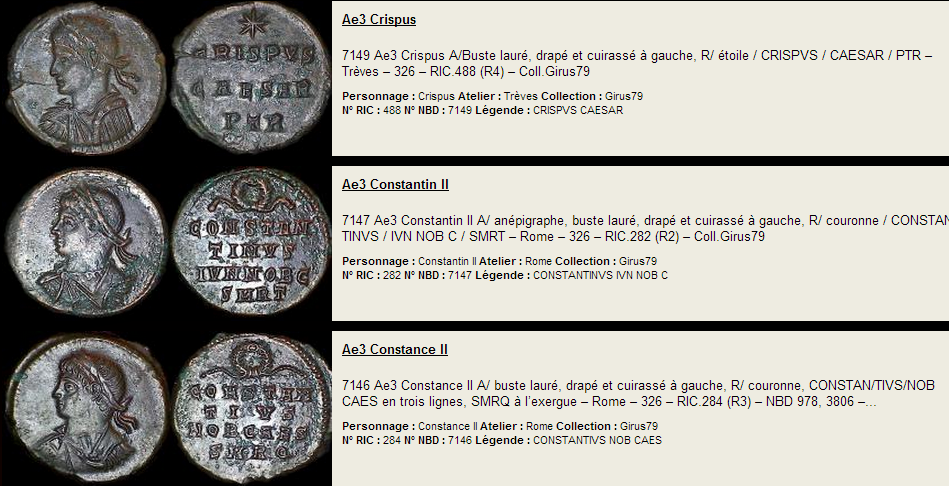 The anepigraphic coins (actually they are not coins but small medallions) from Trier are not common. I have just published a paper including a table of all examples known to me (the two relevant pages are attached below). Only 96 authentic specimens. But in addition, there are hundreds of near-contemporary imitations. I attach images from my database showing the different types copying Trier.

Zschucke was exceptionally good, and he was the first to understand that the anepigraphic medallettes were produced along Constantine's vicennial journey, and for Trier, which he did not visit on the journey, he delegated the production to Crispus. But Zschucke did not distinguish between official examples and the later "barbarous" imitations.

I think I may have to split the images into two messages. 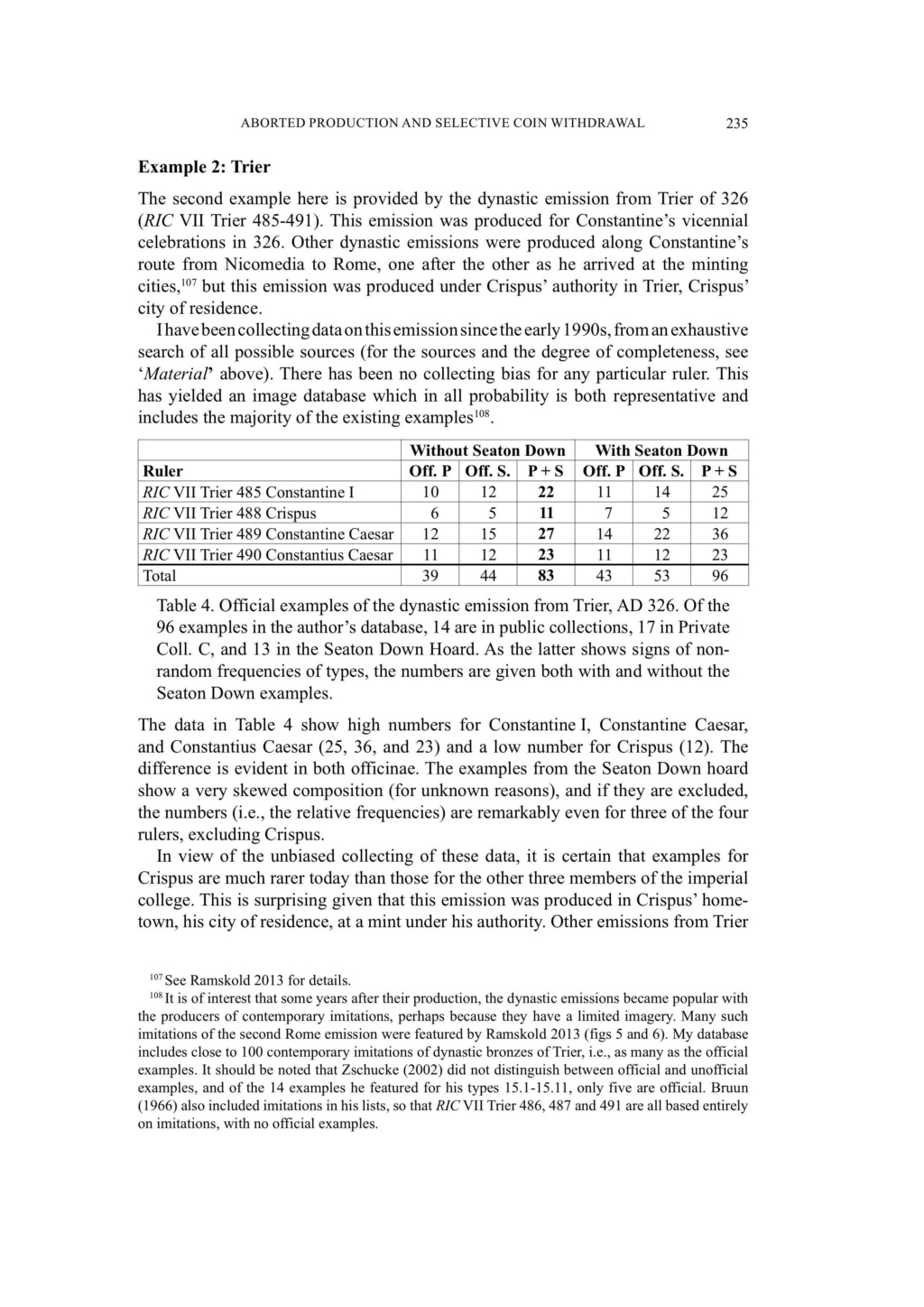 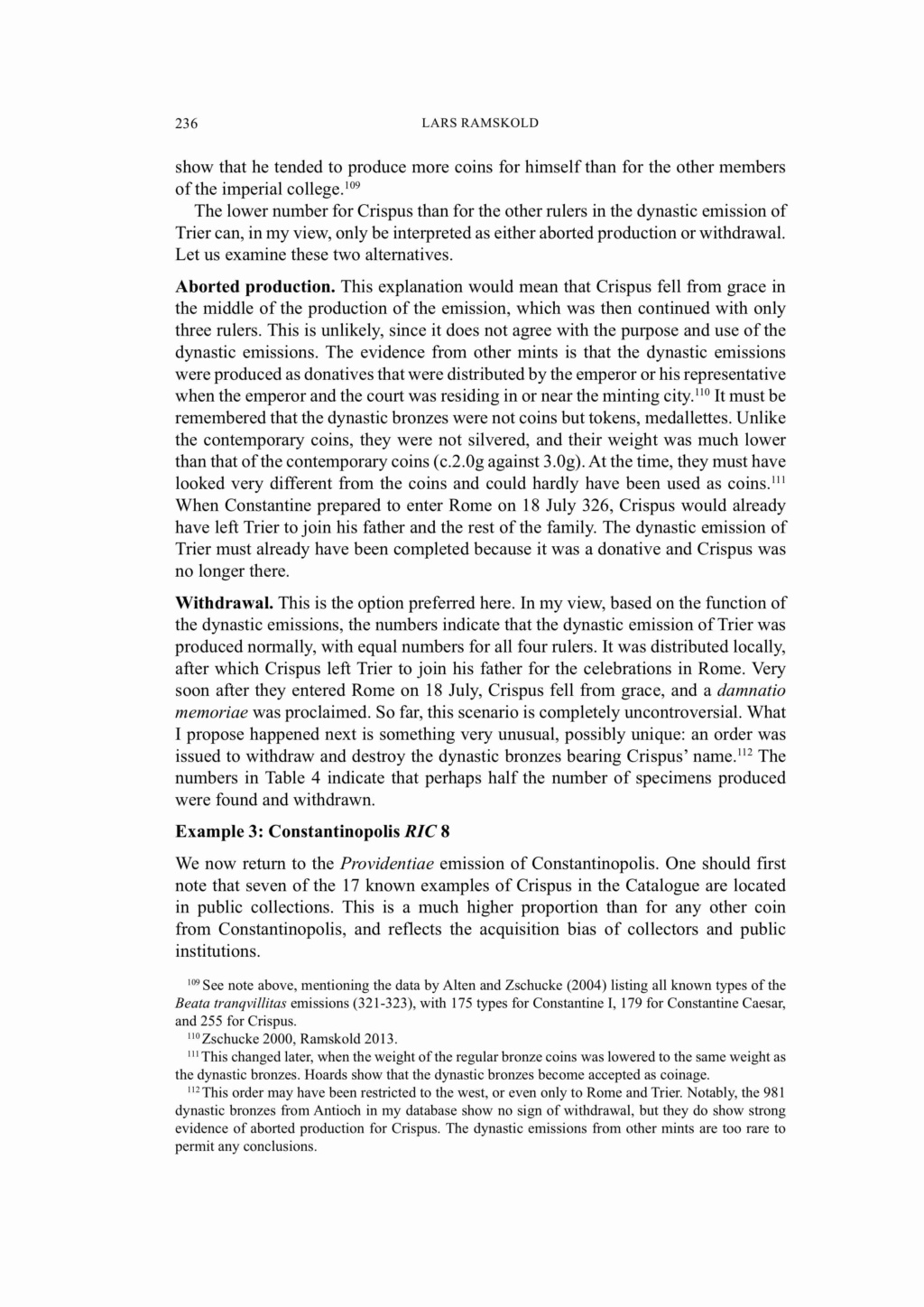 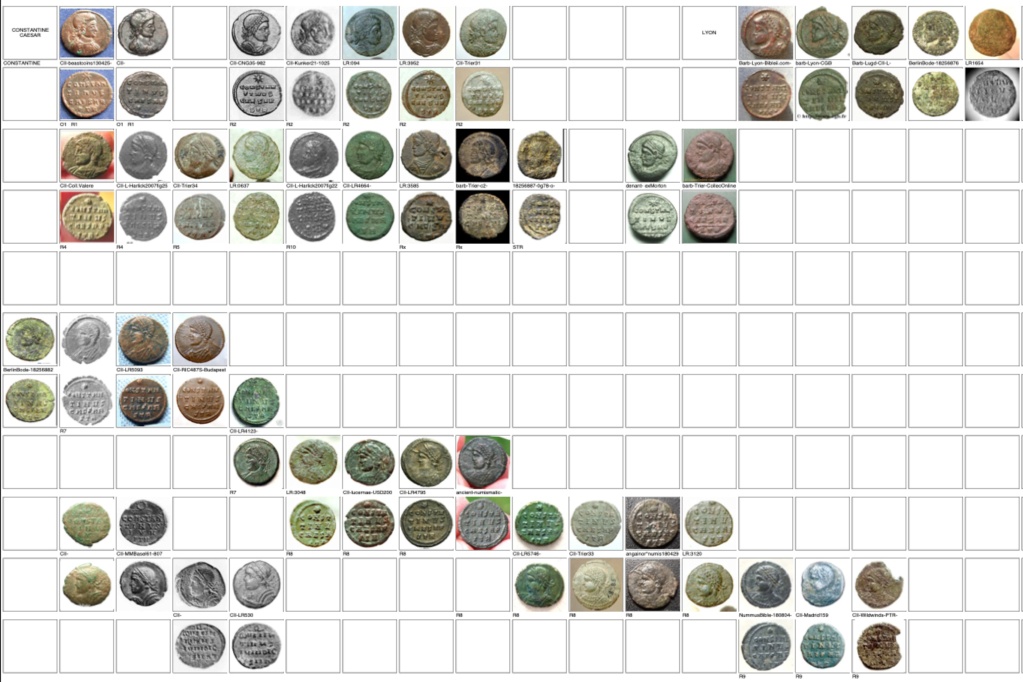 elagabale2000 a écrit:If you wrote your text on academia (or other) you can put the link directly here

Thank you. The paper in Numismatic Chronicle is published but I must wait one year to put it online, so I only give the two relevant pages.

The photos of Trier anepigraphic imitations are from my (as yet) unpublished work.

Thank you for all this work. Could you please insert larger images ? I’m having a hard time seeing them

elagabale2000 a écrit:Thank you for all this work. Could you please insert larger images ? I’m having a hard time seeing them

The images of the specimens are just to show how many specimens there are. Larger images showing all examples get too large to post. I can post larger images of parts of the material. Please let me know if there are any types you are interested in and I will try to post those.