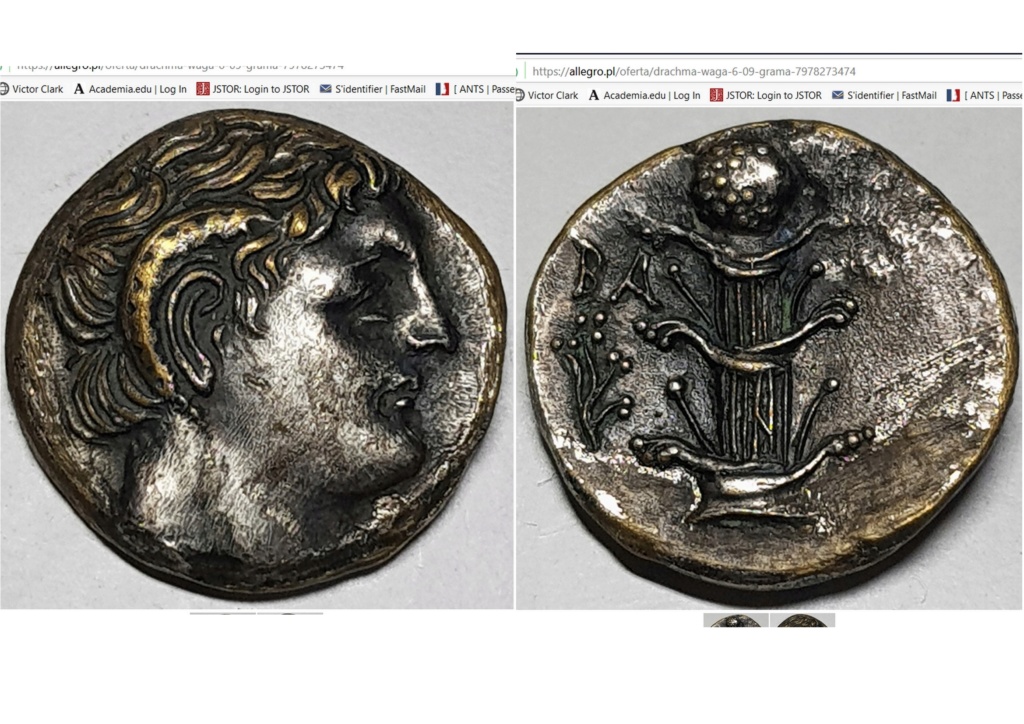 This is part of a a series of coin reproductions distributed by the Swiss pharmaceutical firm Sandoz in the 1960's and 70's as presents to physicians. All these coins have images that refer to medicine (the silphium, a medical plant, Hadrian as with Salus and snake, Serdica bronze with Aesculapius etc.). Someone may removed the SANDOZ and sell these as authentic coins!

The authentic coin was struck 290-280 BC. during the period of Ptolemaic control over Kyrenaica, just prior to the revolt of Magas. Magas was Ptolemy I Soter’s son-in-law, and had been appointed governor around 300 BC.
Some time around 300 BC, Ptolemy I appointed his son-in law Magas as governor of Kyrene. Magas ruled as a Ptolemaic vassal until the early 270s BC, when he had a falling out with Ptolemy II and appointed himself king of Kyrene. He then married Apame (daughter of Antiochos I) and made a pact with the Seleucids against Ptolemy II. Magas continued to rule independently, though near the end of his life, circa 250 BC, he reconciled with Ptolemy II. Following a revolution by the legal reformers Ekdelos and Demphanes (circa 249-246 BC), Kyrene returned to Ptolemaic hands. Mørkholm attributes this rare issue to a mint in the port city of Euhesperides and dates it to 290-280 BC, but the inscription BA-SI suggests that it may belong to the initial period of Magas' claimed kingship. 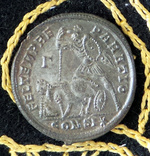